Are solar panels worth it?

Published on September 27, 2017 by Andrew Sendy

As a general rule ( as we have written elsewhere on this site), solar power has a lot of advantages. It's good for the environment, increasingly affordable and provides a modicum of freedom from utilities.

But all those factors, while important, aren't the main reasons people install solar on their homes. What ultimately matters is solar's return-on-investment (ROI), including the amount of time the system will take to pay for itself-more commonly known as the payback period. A solar power system can last 30 years and given most homeowners can now get a return on their solar investment of 5-10 years; this leaves those lucky enough to install solar on their home 20 years of living without energy bills.

The payback period depends on where you live and a host of other factors  such as the 30 percent federal tax credit, state tax credits, any other local financial incentives local and utility company rebates incentives, average electricity costs and amount of insolation in your area (the amount of sun your array gets over time). Fortunately, the payback period is just that—a finite period limited by the overall cost of the PV installation. Once you've paid off the system off, the ROI begins to increase—and the full value of solar reveals itself.

Are solar panels worth it in my city?

To give you some real-world examples, SolarReviews examined three different cities with varying levels of average monthly electricity costs: Charleston, SC ($173), Reno, NV ($129), and Albuquerque, NM ($90), using our payback/ROI calculator. All data was based on owning the system outright, although monthly payments on a solar loan, solar leases, and power purchase agreement are also available if you enter your details into the solar estimator we have posted here below.

Calculate solar savings for your home

Calculate solar savings for your home

The question of whether a solar panel system for your home is worth it comes down to a city by city analysis because it depends so much on how high electricity rates are and how much power solar produces where you live. How much solar will save you depends on. Here are some examples showing the upfront cost of solar and average solar payback periods for cities around the country.

An average solar-electric system in Charleston, SC, where the average monthly electric bill is $173, would cost $13,000 after government incentives pay for between 30% and 65% of the installation. Over the 20 to 25 year lifetime of the system, you would save $45,000.

You would pay off your solar system in approximately 5.7 years, and it would increase the value of your home 3%. In Charleston, with an average home price of $283,000, that would bring you a nearly $8,500 increase in value.

After federal, state, local and utility incentives, an average solar system in Albuquerque, NM, costs approximately $11,000. Over the 20 to 25 year life of the system, it would save you $18,000—and after 8.1 years, you would own the system outright, and your ROI would truly start to grow quickly.

As you can see, the payback times and ROIs are as varied in the United States as the cities in them. So use our calculator to see how much solar energy can save you on your home–and then see installation estimates from our highly rated installers to see if solar is right for you.

But let's be clear: No matter what the payback times and ROIs, most experts agree that solar installations are a good investment for homeowners. After all, the electricity savings will provide homeowners with a better ROI than a five-year certificate of deposit (CD) at current interest rates. In fact, a Reuters report said that this is true in nearly 90% of all states. 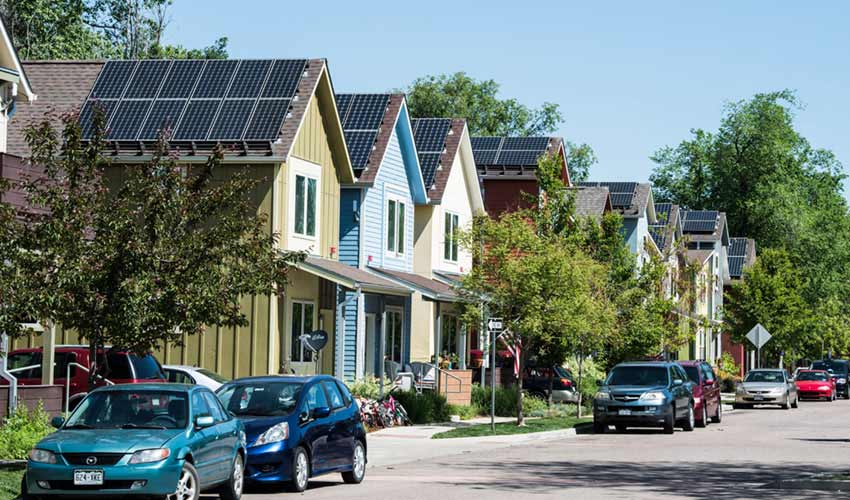 How does solar compare to other investments in terms of return?

Forbes reports that in many cases, with the federal, state and local incentives, homeowners can recover almost 97% of their investments and increases the value of homes. In contrast, a luxury kitchen remodel only brings a 60% payback.

A report by the National Renewable Energy Laboratory found that in most areas, the payback period is often four years or less—meaning that installing solar panels provide 100% ROI. According to the website Modernize, a home-improvement advice site, "you won't find that for cost-comparable home improvement projects, such as installing a garage, adding an addition, or remodeling your kitchen." Clearly, solar is a better investment than granite countertops. 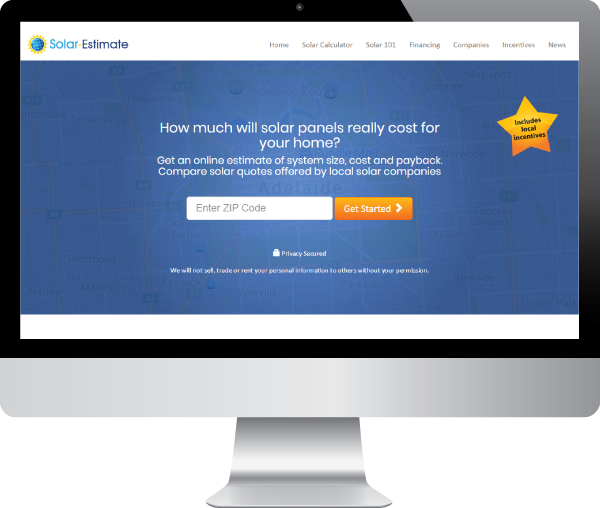 What is the payback period where you live?

If you visit Solar-Estimate.org, you can enter your zip code and an average utility bill–and the site will calculate the likely return on investment and payback period you would get from installing solar panels on your home.

How do you find out if solar panels are worth it at your house?

One way is to speak to a solar company near you however it is nice to have some independent advice that takes into account the characteristics of your home first. This is why using the solar panel calculator on this site is so good. All you have to do is enter an address, and a monthly power spend, and it will calculate how good solar will be to save money for you.

Calculate your ROI, payback period and much more

Calculate your ROI, payback period and much more