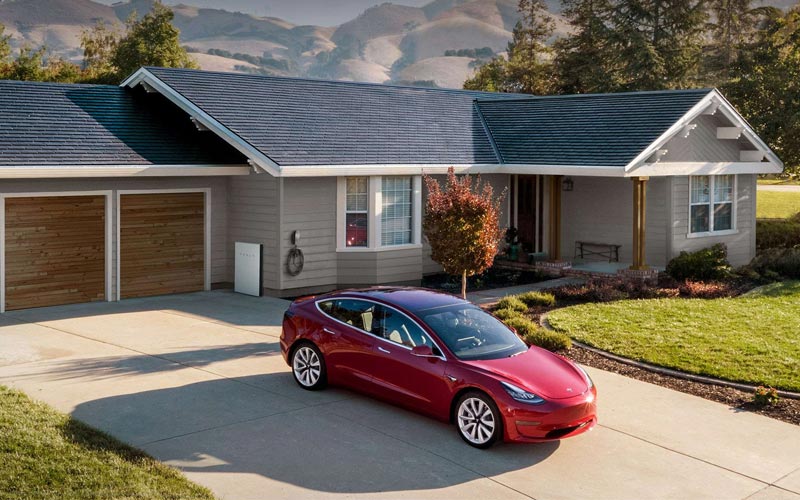 Home solar system designs have come a long way in recent years. Traditionally, residential solar panels meant rooftop solar panels, mounted a few inches above the existing roof on a supporting frame; this is still the most popular choice. Now, new designs are emerging that eliminate the frame—and some or all of the existing roofing material—by integrating the solar cells directly into the roof itself. Products exist for both asphalt-shingle and tile roofs.

What are the advantages of solar roofing?

Solar roofs are a low-profile home solar system that blends in nicely with the design of the home, in contrast to the somewhat clunky-looking traditional solar panel systems.

Learn more: What are the pros and cons of solar roof tiles.

What solar roof products are available?

There are a number of manufacturers that offer solar roofing products. Here are a few:

In both cases, each unit (approximately 1 foot by 4 feet) can produce over 60 watts of electric power. The number of units that can be installed depends on the size and shape of the roof. Aesthetically, the solar shingles or tiles can appear as a different color from the surrounding roofing material.

SunTegra is a relatively new entrant in the solar roofing space; unlike CertainTeed, they only make solar shingles and tiles. Their shingles are larger than CertainTeed’s Apollo II shingles and provide around 100 watts per shingle.

Tesla, better known for its electric cars, has also launched its Solar Roof product, which integrates with its Powerwall battery system to store collected solar power. In this way, the Solar Roof coupled with Powerwall can offer a true off-grid solution that can provide power around the clock, even at night or during utility power outages.

Unlike the products offered by CertainTeed and SunTegra, the Tesla Solar Roof is designed to replace the entire roof, thereby providing a more uniform look, as opposed to having a part of the roof that looks different. Some of the Solar Roof tiles generate power and some do not; the number of power-producing tiles used on a particular home depends on the size and shape of the roof and the home’s power demands.

The main disadvantage of Tesla’s Solar Roof is availability. At this writing, Tesla is offering its product only on a reservation basis, which means the homeowner pays a US $1,000 refundable deposit in advance and Tesla will schedule installation (using its own installers) sometime in the future.

How much do these products cost?

Estimating the cost of a solar project of any kind or even doing an apples-to-apples comparison of different systems is difficult because there are many factors involved, including labor costs as well as tax incentives and utility rebates at the local, state, and federal levels.

Adding to this difficulty is the various factors that go into the overhead of a project, such as the cost of the inverter that connects the power-producing units to the home’s electrical system. Thus, the cost of a project does not necessarily scale up in exact proportion to the number of panels, shingles, or tiles. The cost of a 200-square-foot installation may be more or less than twice that of a 100-square-foot installation.

In general, however, for the same power output, the project costs stack up like this: Traditional solar panels will usually be the least expensive, followed by solar shingles or tiles, and then Tesla’s Solar Roof. Again, there are many variables that might change this around, depending on where you live; see our solar cost calculator for more exact estimates for your area.

The value proposition for going solar has increased dramatically for homeowners in just the last few years. Prices for materials and installation have come down, and efficiency has gone up, meaning that for many homeowners, a solar system can pay for itself in reduced electric bills faster than ever.

Now, with solar roofing options, the aesthetics of solar are improving as well. Going solar is a win-win-win for homeowners, communities, and the environment. Now is the time to give solar a closer look.

Some other things to think about when considering a solar project for your home:

How much could you save by installing solar?

How much could you save by installing solar?