How do solar panels work? Beginner’s guide to solar electricity 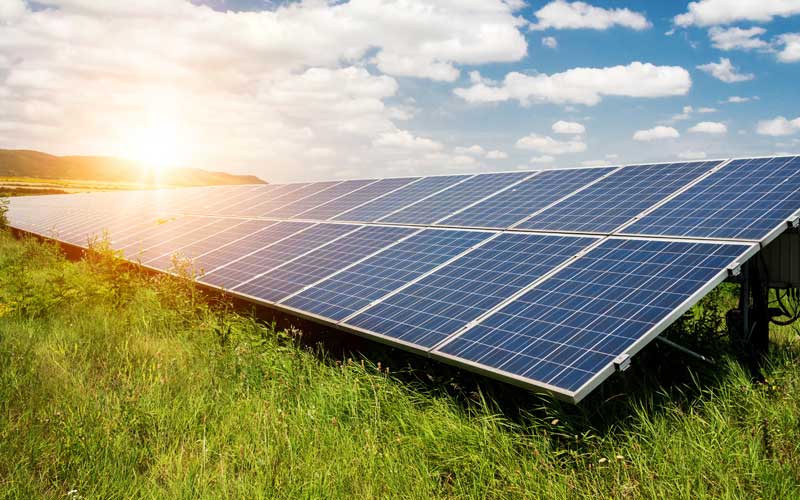 In recent years, solar power has gained popularity as a great way to lower your electric bills and help the environment. Surprisingly, the technology to convert sunlight into electricity, known as the photovoltaic (PV) effect, has been around for almost 200 hundred year — since 1839 to be precise. It wasn’t until 1941 that photovoltaic (PV) cells were invented, and more substantial amounts of electricity could be generated.

The part of the solar panel that actually generates electricity is the solar cell. A solar cell is comprised of silicon wafers. Silicon is a semi-conducting material, so when light (photons) hits the cell it knocks electrons from the silicon atoms. The energy from the photons striking the electrons causes them to jump into the electrical circuit attached to the solar cell.

A solar panel may contain more or less cells depending on the panel’s size and intended purpose. For example, a phone-charging solar panel, an RV panel and a rooftop panel will all contain a different number of photovoltaic cells. The image below is of an individual solar cell.

Despite solar cells being invented in 1941, it took over half a century for the technology to start to become economically viable. Now, thanks to generous incentives like net metering and the federal solar tax credit the US solar industry is now booming.

How much power do solar panels generate?

An individual rooftop solar panel usually produces between 250-350 watts each, about enough to power a freezer. Smaller solar panels, such as those used for RVs and other camping purposes, can be as small as 5 watts.

It’s important to know that solar panels produce different amounts of energy in different environments. Solar systems have the best performance in places that are sunny yet cool. It’s also recommended that your panels face as close to directly south as possible. The direction of your solar panels can influence electricity production by as much as 30%.

Which solar panel is the best?

This can be a difficult question to answer because it really depends on your home’s needs. A problem with conventional solar is that it’s dependent on the characteristics of your roof. The best roof to install solar on is one facing south with plenty of available space. In situations where roof space is limited, you may want to use high efficiency solar panels.

How many solar panels will my home need?

Home solar energy systems vary in size because every home is different. However, most homes require a system size of 5-10 kW, which is about 20-40 panels. You can receive a free estimate on how many solar panels your home needs by entering your zip code below.

How do solar panels power a home?

Solar panels are mounted to the roof on aluminum framing and wired together in groups called solar arrays. The power output from these arrays flows into a solar inverter where the direct current (DC) electricity is converted into alternating current (AC) electricity that can be used by your home or exported to the electric grid.

Should I install solar panels?

In some parts of the US solar panels pay for themselves in only 5 years and save their owners upwards of $80,000 over 25 years in avoided electricity costs. In those circumstances, you’d be crazy not to. With the federal solar tax credit reducing at the end of this year and net metering slowly being phased out, there will never be a better time to install solar panels for your home.