Microinverter vs optimizer — Which is better for solar installations?

Published on October 17, 2019 by Jagpreet Sandhu


Those considering residential solar installations have several decisions to make, including determining the size of the system, selecting the best solar panels, and of course, choosing the right solar installer.

But there’s another important yet often overlooked choice to make: determining which is the best solar inverter for your home solar system.

In this article, we will explain how each type of solar inverter works within a solar power system. We’ll also compare the two main options you’re likely to choose between — microinverters vs power optimizers.

What types of solar inverters are available?

Every kind of inverter acts as a connecting point between a home electrical system and its solar panels. The inverter plays a crucial role — you can't make use of the energy generated by a photovoltaic (PV) system without it. That's because solar panels produce DC electricity, while the appliances in your home are powered by AC electricity. The inverter is what enables you to use DC power in AC powered-homes.

There are three types of inverter setup options that are typically offered to solar customers:

The difference between each inverter type is in the way they collect energy and convert it into electricity.

How do string inverters work?

String inverters are directly connected to strings of high DC voltage solar modules that are installed in series. A series is two or more solar panels connected in a single circuit. The combined DC output from the series of panels is sent to the inverter, which converts it into AC power that is used to operate household electronic appliances.

Unlike power optimizers and microinverters, string inverters are not mounted on roofs or paired with each individual module.

Despite having once been the industry standard, string converters are now the oldest of the three technologies and have largely fallen out of favor because of one serious limitation. Due to the way in which the panels are connected, a string inverter system produces only as much power as the weakest panel allows.

The video below explains the problem:

Because of this constraint, most savvy consumers who are getting a solar system installed tend to opt for one of the other two options — power optimizers or microinverters.

How do microinverters work?

How do power optimizers work?

Instead of outputting AC power, power optimizers condition the DC power from the modules and manipulate the DC current and voltage output to best match the string inverter input.

What do microinverters and power optimizers have in common?

Unlike string inverters, microinverters and power optimizers are both module-level power electronics (MLPEs). MLPEs are mounted with each individual solar module in order to ensure better safety, higher performance, and more power output from solar arrays.

The promise of optimal performance and better power output is increasing the adoption of MLPEs globally, making them a booming market in today’s solar industry. In fact, according to a recent Marketwatch report, the use of MLPEs is growing at an annual rate of 17.90%, with the consumption volume of microinverters and power optimizers expected to reach 11411 megawatts by 2025.

Both types of solar inverters monitor the performance of individual solar modules through an energy management system, effectively allowing you to evaluate their performance and determine peak power output, even in sub-optimal conditions, including low light, shade from trees, falling leaves, and so on.

Which is better: microinverters or solar power optimizers?

With so much in common, what differentiates power optimizers and microinverters?

Solar power optimizers and microinverters are both used to maximize the output from a solar array at an individual module level. But the way in which each type of inverter operates makes all the difference.

Microinverters are placed in each individual solar panel (or in the panel mount) to convert energy right as it leaves the panel. The biggest benefit of this is individual panel performance. Because energy is converted at the panel, you won’t need to worry as much about shade or panel obstructions. PV microinverters let each panel work on its own to deliver energy.

Power optimizers, on the other hand, do not directly convert DC power into AC. They condition the DC power generated by solar modules before sending it to a central inverter to be converted into AC power. Optimizers are more efficient than string inverters, however, they tend to fall short to the independent functioning of microinverters.

2. Which is more affordable — microinverter or optimizer?

Cost is a huge factor for any solar investment, and solar power options vary widely in price. Power optimizers, when compared to microinverters, are a more cost-effective option in terms of scalability.

For instance, if you wanted to add more solar panels to your home at any point, you would have to purchase a microinverter for every additional solar module you add to your system. When expanding a system with microinverters, an entire grid interface must be duplicated for each module.

On the contrary, with power optimizers, your system will still use the same centralized string inverter for DC to AC conversion. This means fewer components are required in order to scale-up your solar system size.

It’s clear that power optimizers have a key advantage when it comes to affordability.

3. Microinverters vs optimizers - which technology is more reliable?

The string inverter within each solar optimizer is prone to failure — often only having half the lifespan of the rest of the module components. And if the central inverter fails, the entire system fails. There’s no way to provide energy without the inverter working properly.

On the other hand, microinverters or DC to AC converters, operate independently. Even if a few panels fail or become obstructed, the rest of the system will still produce energy. You’ll need a technician to come take a look at your roof and make repairs either way, but microinverters tend to offer more stability because of their design.

Optimizers also have expansion restrictions. Solar systems with power optimizers can only be expanded to a certain limit, which depends on the DC voltage input of the inverters. Expanding a solar array beyond a limit could mean replacing the inverter for increased DC voltage input, which adds to your expenses.

One major advantage of MPLEs over string inverters is their ability to initiate rapid shutdown of the photovoltaic system. Alternatively, when grid-tied central or string inverters are shut down, the solar systems are still generating DC energy, making it extremely dangerous for first responders.

In a situation where the homeowner or firefighters need to step out onto the roof, they face the risk of being exposed to high voltage.

Thus, National Electric Code has included rapid shutdown requirements for all new solar systems, meaning that a single switch should bring the current in all of the components of a photovoltaic (PV) system down, effectively ensuring that the solar optimizers and microinverters shut down immediately once the power is turned off.

While all solar panel providers offer extensive warranties on their products, it’s common to see some offering separate warranties for the inverter and the power optimizer.

This is because inverters tend to wear out faster than the other components of a module.

Conversely, microinverter warranties are typically single entities that cover the entire module. Keep these differences in mind and make sure you know what coverage to expect.

Overall, which is better for solar power production — an optimizer or microinverter?

This is a tricky question to answer. Microinverters offer higher system performance, better warranties, and more reliability. However, you’ll have to spend more cash in order to reap more benefits.

Though power optimizers come up short in some ways, they’re still a good way to power your home — and they cost less.

Also, if you are accustomed to using string inverters, adding a power optimizer can enhance the performance of your panels. Work with your solar panel provider to find the best fit for your home. 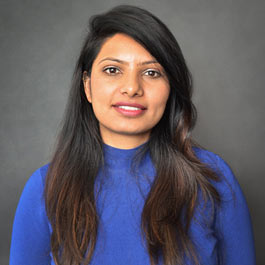