What are the renewable resources available in 2019? 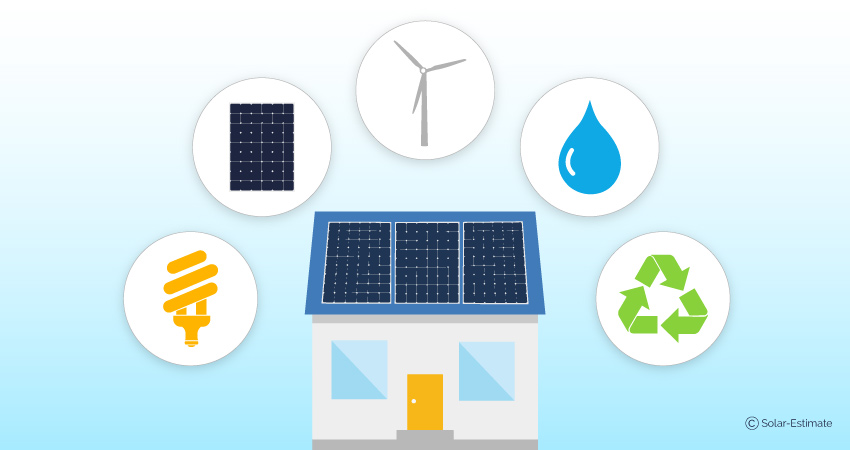 According to the US Energy Information Administration, renewable sources accounted for 17% of total energy production in 2017. While they still pale in comparison to fossil fuels and coal, these numbers represent record production highs for alternative fuel sources.

Renewable power uses wind, water, and other natural resources to fuel our homes and businesses. Slowly, these technologies are being adapted to our everyday lives. Property owners who support energy from renewable sources help preserve our common resources while lowering their monthly utility bills.

What is the difference between renewable resources and alternative energy?

The terms ‘renewable resource’ and ‘alternative energy’ are often used interchangeably. However, they don’t mean exactly the same thing.

What renewable energy sources are being used for residential homes in 2019?

Private property owners are exploring the possibilities with renewable energy sources. As the demand for cleaner energy sources increases, utility companies are also investing in alternative fuels. Where does your local utility company get the power you use in your home every day? Use this tool to find out more.

What alternative energy sources are being used for commercial properties in 2019?

Smaller businesses are finding ways to use non-traditional energy sources to lower their carbon footprint, decrease utility payments, and improve their public reputation.

How does geothermal energy work?

Geothermal energy uses the earth’s natural heat to create power. Water sits underneath the earth’s crust, absorbing heat from the core. In a geothermal plant, technicians install wells and pumps that allow them to redirect the hot water and steam into machinery that converts that heat into usable energy.

“The ground absorbs nearly half of the solar energy our planet receives. As a result, the earth remains at a constant, moderate temperature just below its surface all year round. However, air temperature varies greatly from summer to winter, making air source (traditional) heating and cooling least efficient when you need it the most.

Geothermal heating and cooling systems take advantage of the stable temperature underground using a piping system, commonly referred to as a “loop.” Water circulates in the loop to exchange heat between your home, the ground source heat pump, and the earth, providing geothermal heating, cooling, and hot water.”

How does wind power work?

Turbines are the center of a wind-powered energy system. Wind moves the blades on a windmill. This motion is sent down a shaft and harvested by a generator that converts it into usable electric current. Wind power can also be stored in batteries to power equipment in remote locations or for emergency use.

According to the US Energy Information Administration, 10.9 GW of wind power is set to come online in 2019, making it the fastest growing renewable energy source in the country.

How does solar power work?

There are 3 main types of solar power installations.

Learn more: What is solar energy and how do solar panels work in your home?

How does wave power work?

There are several different methods of harvesting the ocean’s energy. The main 3 types are oscillating water columns, buoyancy units or point absorbers, and surface-following attenuators. While each method varies somewhat, they all use rely on kinetic energy. Essentially, a piece of equipment is placed in the ocean. As the waves move it, this motion is channeled into a generator that converts it into electricity.

If this technology is fully developed, wave power could easily provide up to 40% of the world’s total energy needs.

What new renewable energy technologies are being developed in 2019?

New technologies are making renewable energies more efficient, affordable, and available to property owners all over the world. These exciting developments are changing the potential of renewable energy in the United States.

What are the challenges that hinder the adoption of renewable energies?

Despite these challenges, renewable resources continue to gain popularity in the US energy market. According to the National Renewable Energy Laboratory, 80% of the country’s electricity could come from renewable sources by 2050.

How can you benefit from renewable energy sources in your home or business? Talk to a solar energy installation company representative in your area for more information on how you can power your life with renewable energy.