What is a solar panel car — and should I get one? 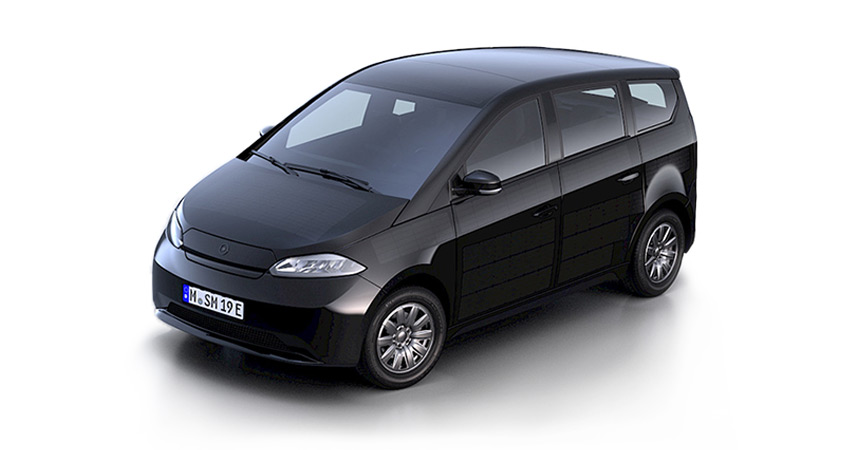 It's a seemingly obvious question — why don't we have solar cars? Putting solar cells on a car's roof and using them to power the vehicle with clean, renewable energy seems like an obvious choice, but the realities of present-day solar technology make it easier said than done. Of course, that hasn't stopped some of the most innovative companies in the world from trying. In this article, we take a look at solar panel cars and evaluate the technology’s prospects.

How soon will solar panel cars hit the market?

It remains to be seen if and when electric vehicles powered entirely by solar power will be available to the general public, but solar panel cars are getting closer to becoming a reality. At present, the biggest hurdles are the efficiency of solar panels — typically 20% or less — and the relatively small surface area of a vehicle, which makes it difficult to gather enough energy to drive more than a few miles on the sun's power alone.

What companies are working on solar panel cars?

Sono Motors is one of the leaders in the new field of solar vehicles. This German manufacturer is already taking pre-orders for its solar-powered Sion model, with plans to have them out on European roads sometime in 2019, as World Economic Forum reported last year.

Lightyear, a Dutch company, won the prestigious Climate Change Award at the Consumer Electronics Show in 2018 with the Lightyear One, a fully solar-powered car. The vehicles were planned to be made available in 2019, but have been pushed back to 2020.

Solar cars use photovoltaic cells, the same components in solar panels that convert the sun's energy to electricity, along with a battery to store this electricity. In commercial applications, solar cells on vehicles are combined with traditional battery charging systems such as those found on Teslas and other non-solar electric vehicles.

In other words, the vehicle isn't entirely solar powered, but the energy collected from the sun adds a few miles to the vehicle's range.

Are their rebates or incentives for investing in electric vehicles?

Electric vehicles, even those not powered by solar, are increasingly affordable and save you money on fuel while reducing your carbon footprint. The federal government offers a tax credit of $2,500 to $7,500 for purchasing a new plug-in electric vehicle in the U.S., with the size of the tax credit depending on the size of the vehicle and its battery capacity.

You may be eligible for additional electric vehicle incentives from your state, city or utility depending on where you live. A wide range of solar credits and incentives are also available for home solar installation, which can be used to charge your electric vehicle.

Where can I see the latest electric vehicles in person?

Car shows are often the best places to see the latest in automotive innovations and offer an opportunity to experience the newest electric vehicles and advances in solar car technology in person. Major events like the L.A. Auto Show and the SEMA (Specialty Equipment Market Association) show in Las Vegas often see the debut of new electric vehicles, as do smaller events throughout the U.S. and the rest of the world.

Are there any solar panel cars for sale in 2019?

The Toyota Prius features an optional solar sunroof that powers the air ventilation system, while Hyundai and Kia have plans to introduce a similar option in 2019. They’re nowhere near being fully solar-powered vehicles, but they’re the first mass-market examples of solar cell tech being incorporated into cars.

For European drivers, the solar-powered Sono Sion is scheduled to be available this year. For now, the most energy-efficient option is to drive a fully electric vehicle like the Nissan Leaf or the Tesla Model 3, and charge it using your home's solar panels or solar roof.

Another way to add renewable energy for your home and vehicle is to consider a solar carport.

How much does a solar panel car cost?

It will be interesting to watch how the increased availability of solar vehicles affects their price as they enter the marketplace. For now, you can reserve the Lightyear One — scheduled to be rolled out in 2020 — starting at around $140,000. But that price tag and the fact that availability is limited to Europe puts them out of reach for most drivers.

Sono's Sion, available for preorder starting around $30,000, is poised to become a more affordable option, though we still don't know when they'll be available in the U.S.

Are solar panel cars worth it?

As much as I like the idea of solar panel cars, the answer, unfortunately, is no. With the technology currently available, vehicle-integrated solar cells simply aren’t efficient enough to provide meaningful amounts of energy for a vehicle.

For instance, let’s look at Sono’s Sion. While we must give them credit for pushing the envelope and introducing a solar panel car for the mass market, the truth is that it is just an electric vehicle that provides a little bit extra battery juice through solar charging.

Sono Motors claims that a full day of charging can provide up to 34 kilometers (21 miles) of additional range. That’s isn’t much; it represents just 13.6% of the car’s 250 kilometer (156 mile) range. And the actual bump from solar will probably be substantially less in real-world driving conditions.

My advice: wait for vehicle-integrated solar panel tech to improve before plonking down for a solar panel car. In the meantime, consider an electric vehicle, of which there are now several attractive options. The Chevy Bolt, for instance, offers much greater range at a similar price point.

Is an electric vehicle right for me?

Solar cars may offer better value sometime in the future, but electric vehicles are already here and more affordable than ever. Bloomberg predicts that they will be as cheap as gasoline models by 2025.

And while electric vehicles still have a few drawbacks — limited selection, long charging time, an insufficient number of charging stations — they are increasingly becoming a viable option for many drivers looking to save on fuel and reduce their carbon footprint.