What is Virtual Net Metering and who is it for? 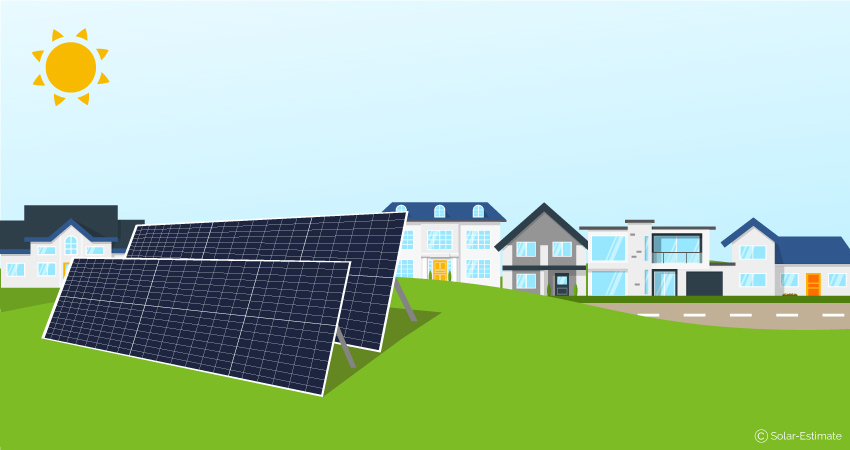 Solar energy is spreading rapidly across the US, and installed capacity is expected to double over the next 5 years. Homeowners have joined businesses and utility companies in installing solar panels to produce clean energy and to benefit from cost savings.

But until recently many consumers have been excluded from the solar boom: those who can’t — or won’t — install a solar panel system.

The solar industry is filling this gap with innovative technology and new ways for homes and businesses to access solar power. A major development in this regard is the spread of a new solar incentive model: Virtual Net Metering.

What is Virtual Net Metering?

Virtual Net Metering (VNM) is a system of distributing energy credits among members/ subscribers of a shared solar array (often known as a community solar farm). In other words, it’s a way for consumers to gain some of the benefits of solar energy without having to install their own solar system.

VNM is applied when a community of subscribers shares an on-site solar array or an off-site solar garden. The shared system could be a solar panel system located in a common area of a condo or a large custom solar farm with hundreds of subscribers.

Subscribers receive bill credits based on the amount of energy produced by their shares of a community solar installation.

Different subscription models are used for such projects. The subscriber can either rent a share of the panels or own them outright to become eligible for receiving credits on their electric bill.

The availability of VNM is great news for consumers who can’t go solar themselves. As many as half of all consumers and businesses in the U.S. cannot have a solar panel system installed for various reasons, according to a recent report by National Renewable Energy Laboratory (NREL) and Department of Energy (DOE).

How is Virtual Net Metering different from net metering?

VNM and net metering are similar in that a credit is received on the customer’s electric bill. But how that credit comes about is different.

Net metering is what most people think of when they hear of electricity bill credits. Net metering works like this: homeowners install a solar panel system on their roof or elsewhere on their property. The power produced by them is first used towards the home’s needs. Excess energy produced is sent back to the grid in return for net metering credits, which offset the homeowner’s bill.

In virtual net metering, the solar panels typically aren’t connected to the meters of the subscribers. The solar panels never directly provide power to the consumer; instead, all the electricity produced goes straight into the grid in return for credits.

Panel-for-panel, VNM will typically earn you more credits. Then again, the VNM subscriber can’t directly power their home with solar power (as a homeowner with their own system can) and thus has higher energy bills to begin with.

Approximately 25 states and the District of Columbia are currently active in offering Virtual Net Metering with community solar programs. Currently, the top community solar states that offer VNM include:

It is expected that as public awareness continues to grow, so will the demand for such programs.

Can you earn credits or cash from Virtual Net Metering?

Yes, you can earn credits from VNM that will go toward reducing your monthly electric bill.

Say you purchase a 20% share in a utility’s community solar system. You would be entitled to a credit equal to 20% of the electricity produced by that system.

Let’s see this in practice. Let’s say your monthly power consumption from your utility is 900 kilowatt hours (kWh). Meanwhile, the community solar system produces 4,000 kWh. Your 20% share would earn you 800 kWh in virtual net metering credits. These would be subtracted from your monthly consumption, leaving you to pay for just 100 kWh.

Is community solar a good option?

Yes, community solar is a good option for people and businesses who would otherwise be unable to take advantage of solar energy, either because they are unable to or simply don’t want a system installed.

The subscriber can offset their power bill with credits earned from a green source of energy. If the community solar project offers competitive subscription rates, there is a good chance that the power bill savings from the VNM credits will be greater than the subscription fees.

It may also be possible to purchase or lease a set amount of electricity at a fixed rate for a fixed amount of time. While you may pay more than your utility’s current kWh retail rate, you would be protected against future increases in rates for grid electricity.

VNM is definitely better for those who can’t install solar panels, such as renters and those living in multi-tenant buildings. Community solar and VNM allows them to obtain green solar energy without having to go through a solar installation. Since they do not physically own the solar system, they are saved from having to:

On the other hand, there are benefits to plain old net metering that can persuade property owners to install a solar system for their home:

To make the best decision on which is right for you, break down the numbers to see which offers better financial savings.

You can easily see the cost and savings of solar panels for your home with Solar-Estimate’s solar panel calculator, which takes into account all incentives and rebates applicable to your utility.

What does the future hold for Virtual Net Metering?

Yes, VNM has a bright future as an incentive for community solar projects. One of its advantages is that it allows the benefit of economies of scale, as shared solar systems can be much bigger than that one owned by a single homeowner.

As more large community solar gardens are created, the subscription prices offered to consumers will come down and the potential rewards will become higher.

For those who can’t install solar panels on their homes, VNM will be an increasingly attractive option for them to join the shift to a solar-powered future.