Will my solar panels work in cloudy or snowy weather?

For many, the idea of installing solar panels in cloudy and/or snowy locales seems unrealistic.

After all, solar modules need the sun to produce electricity, so in places where clouds and snow are common (like, say, the northern United States), how could solar energy possibly work?

Instinctually, of course, that logic is ironclad. But if that's true—that solar can't work in cloudy or snowy climes—how on Earth did Germany, which gets on average 45 sunny days per year, become the world's largest solar market for years (until it was recently surpassed by China)?

The science behind the answer can be a little complicated (which we'll discuss a little later), but the simplest way to explain it that the sun's electricity-producing energy comes in two forms—direct and diffuse. So even under the cloudiest conditions, sunshine is reaching your solar panels, whether you can see it or not. It's the same way you can still get a sunburn on a cloudy day.

When considering why solar modules still work even when the sun "isn't" shining, it's important to remember that whether we see it or not, the sun is always shining. But it's how the sunshine reaches the Earth that's different when clouds or other impediments like snow are present.

There are two types of light available to solar panels for absorption: direct and diffuse. Direct light is the easiest to understand because, well, it's the light that strikes solar modules when the sun is shining. In other words, the light comes directly from the sun, hits the surface of the modules and, through the photovoltaic effect, is converted into direct-current (DC) electricity (which is then converted to alternate-current (AC) electricity our grid uses, but that's another story for another day and involves Nicola Tesla vs. Thomas Edison—but we digress). 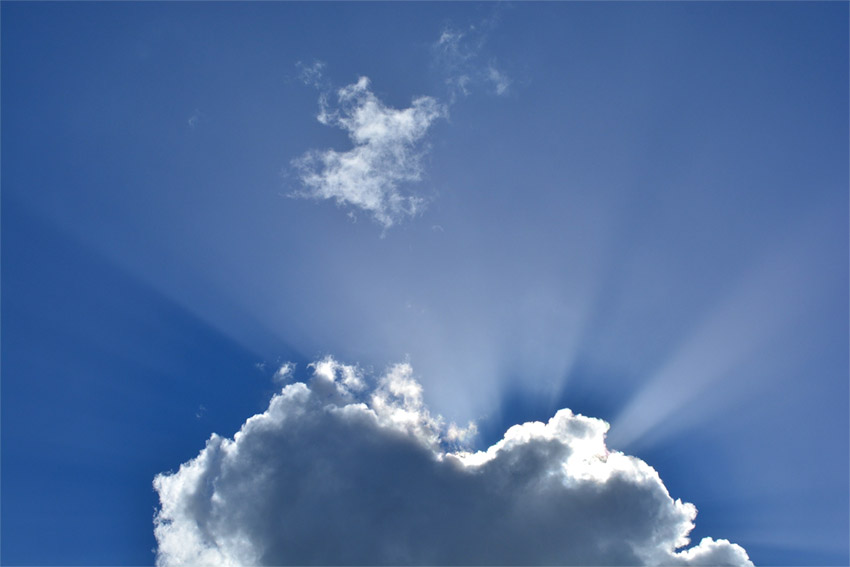 Diffuse light, on the other hand, is the sunlight that is always in the atmosphere whether we can see the sun or not. It is still sunlight and, therefore, can be absorbed by the solar panels and converted into electricity. In fact, sometimes cloudy days allow solar consumers to get short-lived surges in their modules performance (more on that phenomenon shortly).

As you might imagine, solar panels don't work as efficiently on cloudy or snowy days as they would in direct sunlight. In fact, production has been shown to drop nearly 50 percent in some instances of heavy snow or cloud cover.

But no matter how dark it may seem during the day, you will rarely if ever find your system not producing at least some power.

Now about those temporary surges in performance...

Install a solar system on your home

The albedo effect is the amount of reflected light within the spectrum of diffuse light. That is, when sunlight comes to the Earth's surface in whatever form (direct or diffuse), some of that light is necessarily reflected back into the atmosphere, particularly after it hits lighter (in color) surfaces. 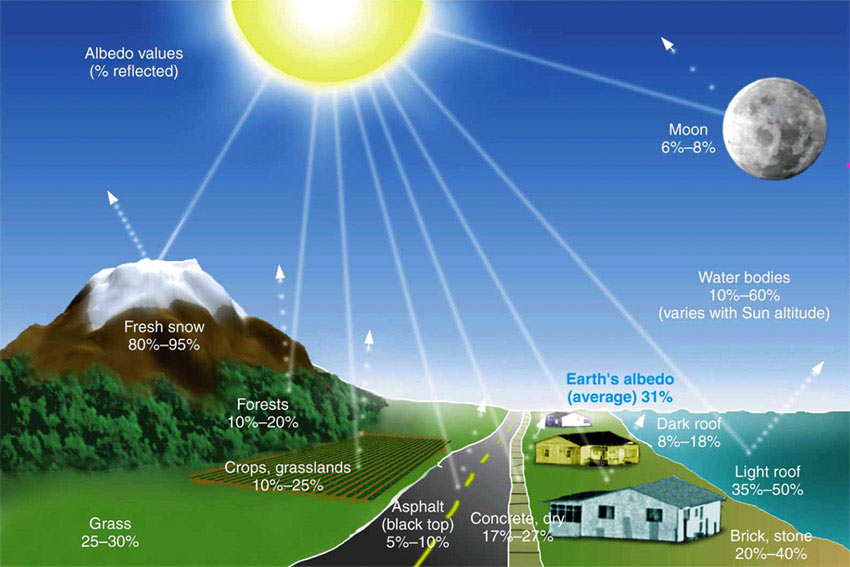 It's almost guaranteed that you've experienced that albedo effect personally at some point in your life. Ever sat in the summer sun in a black T-shirt? How about a white T-shirt? Which one absorbed more sunlight?

In most cases, the black T-shirt will absorb sunlight and the white T-shirt will reflect the sunlight, changing the temperature of what's inside the T-shirt—namely you. But how does that apply to solar panels and cloudy/snowy days?

In the case of solar modules, the goal is to absorb as much sunlight as possible so it can be converted into electricity. When there's snow surrounding your panels, it creates a vibrant white surface around them, adding to your roof's reflectivity. In other words, your panels have the chance to absorb twice as much light—first in the form of diffuse light we referenced earlier and then the additional reflected light off the snow, all thanks to the albedo effect.

Solar consumers experience a similar phenomenon during times of heavy cloud cover. As the diffuse light hits the Earth and is reflected back to the atmosphere, it never returns to its point of origin (i.e. the sun). Instead, the light gets trapped by the clouds and reflected back down to the Earth.

As with snow, your modules have the opportunity (if they're properly installed and maintained) to receive a double dose of the necessary sunlight they need to convert into electricity, causing a surge in performance.

Let's face it: There is no escaping the effects of clouds. Whether you live in San Diego or Bangor, Maine, at some point in the life of your solar modules, clouds will obscure the sun long enough to affect your modules' production (well, maybe not in San Diego, but you understand the point). The only way to deal with them is to accept the frequently short-lived interruptions and go on about your day.

Not so if you're adding solar panels to homes in snow climates, where a proper installation is critical to lessening the effect snow will have on your system's production. Here are two items that should be on your checklist as you're interviewing installers for your job:

Make sure your installer understands the importance of tilting the panels and ask him how he will do it. Looking for an installer in your area – check here.

Local installers are usually quite good at knowing if in your climate the effects of snow will lead to times where your system's performance is significantly hampered by snow and they should be able to estimate both the weeks or days per year when snow will cover the panels and the lost production that will be caused by this.

Potential solar consumers should ask all of these questions to make sure their installer really knows what they're doing and if they are capable of handling your area's conditions.