Cost of solar in Albuquerque, NM

Electricity Consumption by New Mexico residents averages 656 kWh per month. It ranks #13 in the nation for savings from installing solar panels on the home.

Are solar panels worth it in New Mexico?

What solar rebates are available in New Mexico?

How much do solar panels cost in New Mexico?

As an Albuquerque resident you most likely purchase your power from PNM.

What solar incentives do PNM offer in my city?

PNM is required by law to provide a program called net metering to all their solar customers. Net metering means that at times like during the middle of the day when your solar system is producing more power than needed to service your home the excess generation is sent to PNM via the grid and PNM must credit that power at their retail rate in the form of credit on your bill.

What will net metering make my bill look like?

In the example above the only bill you would receive would be a minimum service charge which varies based on which rate you're on but is normally about $10-$20 per month.

What if my solar system exports more energy than I draw from the grid?

in any given month if you solar system has exported more energy than what was drawn from the grid each kWh is still valued at 1 for 1 with the retail electric rate and is carried over to the next month.

If any credit remains at the end of the yearly billing cycle PNM will value each kWh of credit at the avoided cost rate (about 3-4 cents) and deposit the balance into your account directly.

Unfortunately REC payments are currently set at $0.0025/kWh which would make the average solar owner in Albuqurque about $20 per year. Considering the contract term is only 8 years and the application fee is $150 this incentive is barely worth the paperwork.

How does the 30% federal solar tax credit affect me?

Any one with an income tax liability is eligible to claim 30% of the cost of a solar system as a deduction to federal taxes. There is also no dollar limit to this incentive.

What if my tax liability is less than 30% of my solar system cost?

If you owe less in tax than 30% of the cost of your system you may elect to receive the full tax credit in increments over several years.

Even if you are not convinced about solar we recommend that at the very least you use the solar panel calculator for Albuquerque to find out: 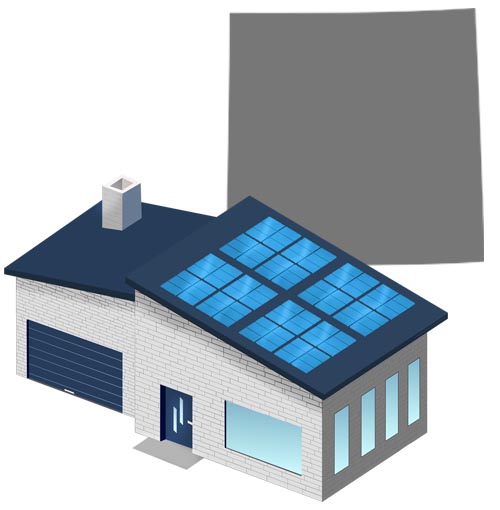 The average cost of installing residential solar panels in Albuquerque, New Mexico in 2020 is $2.78 per watt. The average system size in the US is 6 kilowatts, which means the average price of a solar system in Albuquerque, NM is $13,900. (before claiming 26% tax credit and other rebates)

Facts about installing a 6.07kW solar system in Albuquerque, NM

This system would offset 100% of your energy usage if your typical monthly bill is $169, however your situation may vary so try our Albuquerque solar calculator to get a result tailored to you.

Cash flow graph based on cash purchase of this 6.07kW system

Solar companies in Albuquerque, NM that provide pricing through the Solar-Estimate marketplace

Check out all of the ways energy providers of New Mexico can help you be more energy efficient and save money.