Cost of solar in Austin, TX

Electricity Consumption by Texas residents averages 1168 kWh per month. It ranks #13 in the nation for savings from installing solar panels on the home.

Are solar panels worth it in Texas?

What solar rebates are available in Texas?

How much do solar panels cost in Texas?

In recent years as the price of solar has fallen and electricity prices have soared it’s made more and more sense for Austin homeowners to install solar. Rebates and tax credits alongside a great net metering program has made solar more affordable and a better investment than ever before.

Austin Energy and TXU both provide a solar rebate program, exact amounts are as follows.

Unfortunately PEC don’t offer any rebates for installing a solar system however, the recent decrease in the cost of solar has meant that such rebates aren’t necessary and should be seen more so as a bonus.

What is net metering?

Your solar system will likely produce more energy than what can be used in your home, net metering allows for that excess energy to be sold to your utility and credited per kWh at the retail rate you pay for power.

Net metering allows the excess solar energy produced during the day to offset your usage at night to wipe out or greatly reduce your power bill.

Am I eligible to receive net metering?

What if I export more energy to the grid than I consume?

PEC will value excess solar generation after covering your usage for the month at $0.0465 per kWh. TXU will carry credit forward month to month still at retail value however, remaining credit at the end of the yearly billing cycle will not be compensated.

What other incentives are available to Austin solar customers?

Anyone in America with a federal tax liability can claim 30% of the cost of their solar system as a deduction to their federal income taxes under the 30% federal solar tax credit.

How much do solar panels cost in Austin?

As of the beginning of 2018 the average price of a residential solar system in Austin is $3.12 per watt which puts an average 6kW system at $18,720 before any rebates or incentives. Assuming you’re an Austin energy customer after claiming both incentives the total cost of a 6kW system would be $11,354.

Solar systems in Austin take only 7-8 years to pay for themselves in utility savings. For a free and accurate estimate on the costs and savings of a solar system in Austin enter your zip code below.

Even if you are not convinced about solar we recommend that at the very least you use the solar panel calculator for Austin to find out: 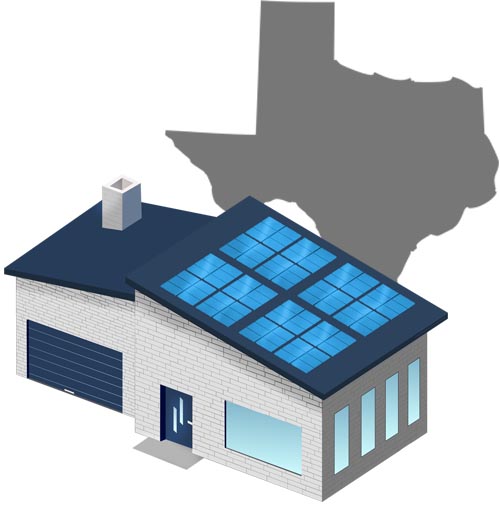 The average cost of installing residential solar panels in Austin, Texas in 2020 is $2.52 per watt. The average system size in the US is 6 kilowatts, which means the average price of a solar system in Austin, TX is $12,600. (before claiming 26% tax credit and other rebates)

Facts about installing a 13.2kW solar system in Austin, TX

This system would offset 100% of your energy usage if your typical monthly bill is $214, however your situation may vary so try our Austin solar calculatorto get a result tailored to you.

Cash flow graph based on cash purchase of this 13.2kW system

Solar companies in Austin, TX that provide pricing through the Solar-Estimate marketplace

Design your own solar panel system for your home

Check out all of the ways energy providers of Texas can help you be more energy efficient and save money.