Fresno is one of the best places in the nation to install solar panels for your home.

It has a lot of sun and utility power through PG&E is expensive. This combination, as well as some great incentives makes installing solar panels for your home in Fresno a great investment.

Many homeowners in Fresno have been able to buy a solar power system that lasts 25 years but which pays for itself in only 6 years. That's 19 years of living with free power!

Many others have been able to get zero down solutions where the monthly repayments are $50 (or more) are less than the power bill savings from installing the panels. This risk-free profit is hard to ignore, but your house has to suit solar.

Does PG&E offer an upfront rebate for the installation of solar panels in Fresno?

The cost of solar has fallen a lot in California over the last 5 years and so PG&E no longer offer up front rebates to install solar panels on your home other than some specific low income and multi-family programs.

To find out if your home might be eligible for one of these specific programs you really need to speak to a local solar company.

Is net metering available for PG&E customers in Fresno?

PG&E are required by law to provide net metering to all their solar customers.

So how much can I save by installing a solar power system on my home or small business in Fresno?

The answer to this question depends on how much power you are using. The more power you use the higher the amount of savings that are generally possible from going solar.

To find out your exact savings enter your zipcode, power spend and address details into the Fresno solar cost and savings calculator.

When a solar system produces more power than what is being used in the home excess power is sent to the grid and credited by your utility provider at the retail power rate per. Electricity is sold and measured in kilowatt hours (kwh). A kilowatt hour is equivalent to 1,000 watts of electricity used continuously for an hour.

Net metering is a very valuable incentive since most homeowners use little power during the day and so quite a lot of solar power generated can be exported to the grid.

Net metering gives you the financial benefit similar to storing your excess solar in a battery without the cost of needing to install a battery.

What if my solar system exports more energy in a month than my home draws from the grid?

PG&E carries over any unused credit at retail rates to the next month.

Any remaining credit at the end of the yearly billing cycle (where you have exported more to the grid than what you have used from the grid) will be paid out at a lower rate. This lower rate is called an avoided cost rate (3-4 cents per kWh) and deposited into your account. This annual process is known as a true up.

At the end of 2016 the PUC (Public Utilities Commission) passed a new net metering scheme that applies to all investor owned utilities in California, including PG&E. This scheme, known as NEM 2, required all new customers going solar to convert to a time of use power plan. Consumers that dont go solar have to go to a time of use plan by 2019 anyway and so this wasn't a significant issue. NEM 2 net metering also introduced a concept of non-bypassable charges.

On this new plan each kWh of power your home draws from the grid receives a "non-bypassable charge" of about 2¢/kWh (non-bypassable charges vary slightly accross the PG&E territory) which cannot be offset by energy your solar system sends to the grid.

The average cost of installing residential solar panels in Fresno, California in 2020 is $2.72 per watt. The average system size in the US is 6 kilowatts, which means the average price of a solar system in Fresno, CA is $13,600.
(after claiming 26% tax credit and other rebates)

The average monthly usage in California is only 573kWh per month however, you are most likely using a lot more than this since this average includes condos and small apartments.

The Fresno solar panel savings calculator below will convert your monthly power spend into power usage (in kWh's) and then work out exactly how many solar panels you need to offset your usage, how much they will cost based on the prices of local solar companies and the amount you will save. Our California solar savings calculator can do this because it contains a database of the electric rates charged by Pacific Gas & Electric Co, Southern California Edison Co, Kings River Conservation Dist

How much can solar panels save you in Fresno

Facts about installing a 9.26kW solar system in Fresno, CA

This system would offset 100% of your energy usage if your typical monthly bill is $266, however your situation may vary so try our Fresno solar calculator to get a result tailored to you.

Cash flow graph based on cash purchase of this 9.26kW system

Solar companies in Fresno, CA that provide pricing through the Solar-Estimate marketplace.

Check out all of the ways energy providers of California can help you be more energy efficient and save money. 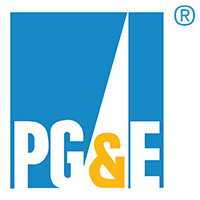 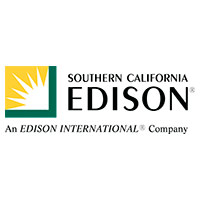