Soaring power prices in the Bronx has forced many homeowners to look to alternative energy sources such as solar. Thankfully generous state, federal and Utility incentives has made solar more affordable than ever for the average New Yorker.

What are Con Edison’s solar incentives for the Bronx?

Con Edison is currently in the second to last tier of their solar rebate program as the program is set to hit full capacity soon. ConEd currently offer a $300/kW rebate for residential solar customers alongside net metering. If you’re able to qualify for the NY-Affordable solar program your utility rebate will double. This would mean a standard 6kW solar system would receive a rebate of $3,600!

How can I eliminate my Con Edison average monthly bill?

There are several ways to reduce your Coned bill, such as installing energy efficient appliances in your home, or simply using less electricity. However, none of these measures are likely to result in significant savings. The single best way to cut your electric bill is to install a solar system while generous incentives are still around.

What state tax credits are available for installing solar in the Bronx?

What is the Federal ITC and how does it help me go solar in the Bronx?

The Federal ITC stands for the Federal Investment Tax Credit and allows for a big part of your solar system cost to be claimed as a deduction to your federal income taxes. Essentially this is a federal discount for the cost of a solar system that is available anywhere in the US.

At times such as during the middle of the day when solar generation is greatest, you will be producing too much energy for your home. A grid-connected solar system sends this excess energy to the grid.

What if my solar system exports more than I consume in a month?

If your solar system exports more energy to the grid than you consume in a month, the surplus will be carried over to your next bill still at retail value. If at the end of the yearly-billing cycle you have remaining credit, it will be valued at the avoided-cost rate about (3¢-4¢ per kWh) and paid directly into your account.

The average cost of installing residential solar panels in Bronx, New York in 2022 is $2.78 per watt. The average system size in the US is 6 kilowatts, which means the average price of a solar system in Bronx, NY is $13,900.
(after claiming 26% tax credit and other rebates)

The average monthly usage in New York is only 603kWh per month however, you are most likely using a lot more than this since this average includes condos and small apartments.

The Bronx solar panel savings calculator below will convert your monthly power spend into power usage (in kWh's) and then work out exactly how many solar panels you need to offset your usage, how much they will cost based on the prices of local solar companies and the amount you will save. Our New York solar savings calculator can do this because it contains a database of the electric rates charged by Consolidated Edison Co-NY Inc

How much can solar panels save you in Bronx

Facts about installing a 7.45kW solar system in Bronx, NY

This system would offset 100% of your energy usage if your typical monthly bill is $309, however your situation may vary so try our Bronx solar calculator to get a result tailored to you.

Cash flow graph based on cash purchase of this 7.45kW system

Check out all of the ways energy providers of New York can help you be more energy efficient and save money. 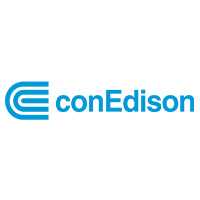