Calculate how much you save with a home solar energy system

Calculate how much you save with a home solar energy system

Is the Tesla Powerwall home battery worth it with the new time-based controls? 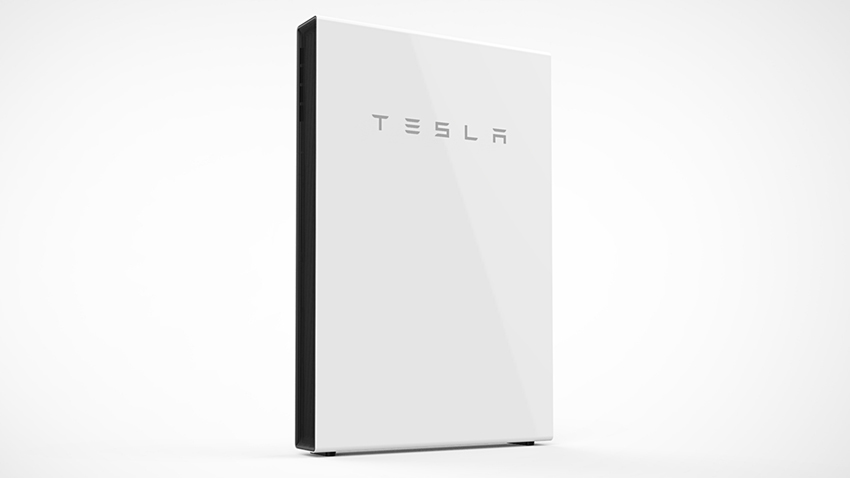 Pictured: The Tesla Powerwall. It's taken the home battery storage market by storm. But does it make financial sense to buy one? Image source: Tesla

Early in 2018, I wrote an article asking whether the electric cost savings would be enough to repay the cost of buying a Tesla Powerwall within its warranty life.  I concluded that it would take about 10 years for the average homeowner to recover the cost of a Powerwall 2.0 unit. Given the unit has a 10-year warranty, I concluded that buying the Powerwall storage system was only worth it if you put a massive premium on the value of having backup power when the electric grid was down.

I really wanted to tell people to go out buy the Tesla home battery (I am a big fan of the amazing electric vehicles produced by the Tesla motors division of the company), but the cost just didn’t add up.

However, now that its time-based controls are working in the Powerwall phone app and the Powerwall is capable of being used for time-of-use power shifting this equation needs to be examined again.

What is the Tesla Powerwall battery and how does it work?

Powerwall is a rechargeable home battery system from the Tesla energy division that stores energy from either your solar array (or now also off-peak energy from the utility grid) and makes it available on-demand to meet the electrical needs of your house. It is a leader in the solar plus storage segment of the home solar market but has been plagued by delivery delays such that it is now hard to find a solar installer who will install it.

It is now an AC-coupled energy storage solution which means it can take in AC electricity from either your standard grid-connect solar inverter or the grid itself, convert it to DC electricity that can be stored in the battery and then, when this excess energy is needed, convert it back to AC electricity and use this energy to power your home or business. The big difference between this solution and the previous Powerwall model is that this unit contains its own battery inverter and battery management system.

The Tesla Powerwall price in the US is $7,800 when you include the supporting Backup Gateway hardware. They say to allow $2,000 to $3000 for installation bringing the total cost to around $10,000.

The Backup Gateway is the part of the system that interfaces with your home's existing electrical supply and so, for this reason, the backup gateway is usually installed near your main electrical switchboard.

What is the basic mode in which the Powerwall operates?

This will mean that even during the day there can be times where the battery is charging, and other times it is discharging. At night, when you are producing it will almost always be discharged if your house is using electricity. Once the battery has reached its programmed depth of discharge, then it will stop supplementing your electrical needs, and you seamlessly roll back to full grid power.

Does Powerwall 2 provide back-up power when the grid fails?

Many readers may not be aware but when you have a normal grid-tied solar system when the utility grid fails it is a legal requirement that the grid connect inverter shut down the solar system to prevent feeding power back into the grid whilst a linesman is working on it.

Powerwall has an electronic disconnect that can disconnect your house loads, solar and Powerwall from the grid and your house can then use either your solar or your stored energy in your Powerwall battery to run the electrical needs of your house.

How much power can Powerwall 2 supply in a blackout and for how long?

The rate at which Powerwall will discharge power to meet loads is limited to a constant output of 5kW and a short burst of 7kW. So while operating in backup modes, you cannot use electrical appliances with a combined draw of more than 5kW, which is just over 20 amps on a 240V circuit.

The length of time for which it can run these loads depends on how much energy was stored in the battery when the grid failed and how much power you use. If the battery was fully charged when the power failed, and your house uses approximately 2kWh per hour, then it could run your house for almost 7 hours.

How much energy can the Powerwall 2 store?

The Powerwall 2 can store 13.5 kWh (kilowatt-hours) of energy. Given the average US home uses around 28 kWh per day this is quite a reasonable amount of storage to deal with a lot of the night-time electricity use of a typical house.

What is the warranty on the Powerwall system?

Tesla guarantee that the battery will store 70% of its rated power output at 10 years.

Is Powerwall is the best home solar battery option available in the US market now?

However, for those that live in the 30+ states with net metering, there is little point storing your own power in a physical device when net metering gives you the same economic result without an investment in a physical product, but with the continuing rise of time of use electricity rates, this might change this situation.

How much will installing a Powerwall and solar for your home save you?

Will time-of-use power shifting be the savior of the Powerwall 2?

This will allow you to ensure that the Powerwall is fully charged by the end of off-peak times when electricity is cheap so that the full 13.5kWh of energy stored can be released during peak timing.

This will substantially change the economics of adopting battery packs when installing residential solar.

Do the SGIP (self-generation incentive program) and time of use electricity rates in California make buying a Powerwall a no-brainer?

So Powerwall is a great solution at a relatively affordable cost and time of use power shifting will add to the return it gives you to an extent, but economically it's hard a call to make.

California PUC has authorized funding for a Self Generation Incentive Program that pays at a rate beginning at $500 per kWh and reducing through a series of steps to $300 per kWh.

There is a reserved SGIP budget for each investor-owned utility controlled by the PUC.

Given the 13.5 kWh energy storage capability of the Powerwall, this is a rebate of $4,200 on step 3 of the SGIP program for a solution that costs $7,800 plus installation costs.

This would mean the storage solution costing only $3,500 plus installation. At this price, I think people in California are crazy not to buy a Powerwall. SolarReviews research put the installation cost of a Powerwall at between $1500 and $2700 meaning all up, with the SGIP you could get a Powerwall installed for a cost of between $5,000 and $6,200 and at this price for a solar battery it is a no-brainer. For those not in California, that maths are nowhere near as good unless there is a significant subsidy available where you live.