Do Electric Cars Cost Less to Drive Than Gas-Powered Vehicles? 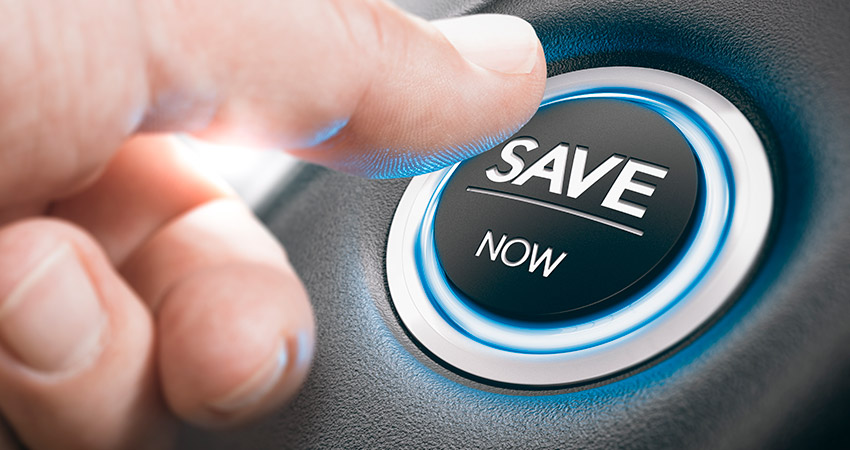 People have more choices when it comes to personal transportation than they’ve ever had before and one of the most exciting, innovative areas in personal transportation is electric vehicles (EVs). Almost every vehicle maker either has or is launching an electric car, truck or crossover vehicles. But why? Are EVs better, are they less expensive to operate than gas-powered vehicles? Short answer: Yes. Over their lifetimes EVs or battery EVs (BEVs) cost thousands less to own, operate and drive than gas-powered vehicles.

While gas-powered and diesel-powered cars with internal combustion engines (ICE—kinda funny that something that burns so hot has ice as an abbreviation) have dominated streets, highways, interstates, and driveways for more than a century, EVs are offering a more efficient, environmentally friendly alternative. Despite costing more to buy initially—for now, EVs cost less over time because they require significantly less maintenance.

What are the cost advantages an EV has over a gas powered car?

EVs don’t need oil changes and spark plugs, for instance—they just have fewer parts and fewer things can go wrong with their motors. Of course, you’ll still have to replace tires and brakes over the life of most EVs, but they’re expected to require significantly less maintenance.

EVs remain more expensive at the auto dealership but that’s largely because there are still less of them. With Chevrolet introducing its mass-produced Bolt EV and Tesla it's mass-produced the Model 3, as well as the Nissan Leaf seeing larger production, that’s starting to change and the costs of these cars are starting to come closer to comparable gas-powered vehicles off the lot.

Until those costs come down even further thankfully there are tax credits available at the federal level in the US and in some states, with California and Colorado offering some notably exceptional incentives.

The full federal IRC 30D tax credit of $7,500 is limited to the first 200,000 EVs or hybrid electric vehicles produced by an auto manufacturer for the US. No vehicle manufacturer has hit the 200,000 mark yet. Tesla may be the first as it’s already taken more than 500,000 pre-orders for the Model 3.

Battery costs are coming down

The largest cost of an EV also is thankfully one of the parts that are seeing the fastest cost reductions, the battery. A study from the University of California Berkeley and the Technical University of Munich, “Energy storage deployment and innovation for the clean energy transition,” in the Journal Nature Energy published in 2017 stated that the kilowatt-hour (kWh) costs of energy storage are coming down quicker than the costs in wind and solar power, even. “R&D investments for energy storage projects have been remarkably effective in bringing the cost per kWh of a lithium- ion battery down from $10,000/kWh in the early 1990’s to a trajectory that could reach $100/ kWh next year. The pace of innovation is staggering,” authors said.

The battery in an EV isn’t like the battery in a gas-powered vehicle, which is usually a lead-acid battery, it’s essentially an EV’s gas tank or fuel cell. Most of the batteries being used for EVs are highly efficient lithium-ion batteries designed to last for 10 or more years of driving and recharging cycles.

Is using Electricity for transport cheaper than gas cars or trucks?

It also costs a lot less to charge an EV than it does to buy gas or diesel, and if you consider powering your EV with a home solar installation, you can even bring the costs down further—you can use Solar-Estimate’s tools to learn more about that and work out the rates of return you would get from installing solar panels given your electricity usage and location.

The price changes are also a lot less volatile. The cost of gas changes every day whereas electric costs may change over a month or not even for years.

The Department of Energy has a handy eGallon calculator that helps car owners and car buyers better understand the cost of owning and driving an electric car compared to a gas-powered car.

In February 2018, it found that the national average cost of an eGallon—charging your EV at home—was $1.16 compared to a $2.61 gallon of gasoline.

“We take the average distance that a gasoline-powered vehicle can drive on a gallon of gas (28.2 miles for comparable 2012 model year cars), and then calculate how much it would cost to drive the average EV that same distance,” the DOE explained. “As you can see, on average, fueling your car with gasoline costs roughly 3 times more than fueling with electricity.”

To put it another way, larger cars have a gas tank that’s 16 gallons, so the average cost of filling up a tank of gas across the US is about $42 in Feb. 2018. The batteries in electric cars are their fuel tanks and range considerably in size in terms of the kilowatt-hours (kWh) they can store. The average cost of a kWh in the US as Nov. 2017—the most recent figures available from the Energy Information Administration (EIA)—is 13 cents per kWh.

There are discrepancies of course. It would cost slightly more to charge the vehicles in California which EIA said had an average kWh cost of 19 cents per kWh and in Utah, it’s lower at 11 cents per kWh. But gas also costs more in California at $3.37 per gallon and less in Utah at $2.50 per gallon.

Putting all of this together in a 2018 study, the University of Michigan’s Transportation Research Institute found that the national average of annual costs for car owners to drive an EV was 2.3 times less than a gas-powered vehicle.

It found that the average cost to drive a gas-powered car annually was $1,117 while the cost of running an electric car was $485 a year. It attributed the efficiency of EVs to cost difference. “The required fuel economy that gasoline vehicles would need to exceed for driving them to be less expensive than driving EVs is 57.6 mpg in the United States,” the report stated.

One more great thing about owning an EV over a gas-powered vehicle is you never have to run out to fill it with gas, it’s getting juiced up, just sitting in your garage, your driveway, your solar carport, or increasingly across the US, wherever you park it!