Rhode Island has some of the best incentives in the nation when it comes to installing solar. The state offers a very generous performance-based incentive that is equal to $0.2845 per kilowatt hour produced and an upfront rebate of $0.90 per watt installed that can help reduce installation costs.

Add in the state’s high electric rates, net metering law, and the 26% federal tax credit and you have a recipe for great savings on a solar system for your Rhode Island home.

Cash flow graph based on cash purchase of a 9.63kW system

This 9.63kW system would offset 100% of your energy usage if your typical monthly bill in Rhode Island is $207, however, your situation may vary so try our solar calculator to get a result tailored to you.

Solar companies in Rhode Island that provide pricing through the Solar-Estimate marketplace.

How much can solar panels save you in Rhode Island

How much do solar panels cost in Rhode Island?

What are the pros and cons of installing solar panels in Rhode Island?

The disadvantage of installing solar panels for your home in Rhode Island is that there is less overall sun exposure in the state per year, so a solar system produces less here than it would in a state such as Arizona. In addition to that, Rhode Island’s net metering policy does not require utilities to credit you for excess generation at the full retail rate, meaning your excess energy will be credited at a slightly lower price.

However, the state incentives more than make up for these shortcomings. Rhode Island homeowners will be kicking themselves if they don’t install solar panels while these generous incentives are around.

Enter your details to calculate the potential costs and savings you can expect when installing solar panels for your home.

How much electricity will solar panels produce in Rhode Island

Around the Providence area solar panels installed on a south-facing 31-degree pitch roof will typically produce:

per year per 1kW of peak DC
(direct current) capacity

For more information about how your location, roof direction, and roof tilt affects solar power production use the solar panels calculator and enter your zip code.

What rebates, solar tax credits and other solar incentives are available in Rhode Island?

Solar, by its nature, generates the most power during the middle of the day when most people are at work or school and little power is being used in the home. The net metering policy in Rhode Island mandates that for every surplus kilowatt hour (kWh) generated by solar (like the excess energy your system creates during the day), utilities must provide a credit to you that is equal to the avoided cost rate of electricity.

The avoided cost rate in Rhode Island is equal to the sum of a utility’s standard-offer service charge, distribution charge, transmission charge, and transition charge. This ends up being less than the full retail value of one kWh of electricity.

Under the property tax exemption for renewable energy resources, 100% of the assessed value of a solar system is exempt from the homeowner’s property taxes.

The Rhode Island Renewable Energy Fund is a grant program that can potentially cover 25% to 30% of your total solar system installation costs. You can also receive $0.90 per watt of solar that you install, up to $7,000.

For example, if your solar system generated 200 kWh of power, you would have a performance-based incentive total of $56.90. Let’s say your home used a total of 300 kWh of power, at a rate of 19 cents per kWh - your total bill would be $57. You would receive a bill credit that is equal to the amount your solar system produced (200 kWh), times the rate of electricity (19 cents) - in this case the bill credit would be $38. That $38 is deducted from your total electric bill, meaning you would only have to pay $19. Then, to find the total incentive you will receive, you subtract the amount of your bill credit ($38) from your performance-based incentive total ($56.90). In this scenario, you would receive an incentive of $18.90.

Regardless of what you want to know about the economics of installing solar panels for your home or business in Rhode Island, we have a solar calculator that can show you exactly the information you require.

This solar calculator requires you to input your address, utility company, your average monthly power spend - It tells you:

If you want to see all of the above but also see live pricing, the three best solar deals available in your city and get binding quotes from each of these solar companies then use this Rhode Island solar panels calculator. This calculator requires you to also input your name and contact details because most of our 200+ installer partners will only authorize the sharing of their live solar pricing where we have validated that you are a real homeowner with a home in their service area. We respect the privacy of your data and only share your contact details with the solar companies you ask us to get binding quotes from.

Check out all of the ways energy providers of Rhode Island can help you be more energy-efficient and save money.

Your city may have further incentives to offer. Please keep in mind that the best source of up-to-date information on incentives is the solar installers who specialize in your area. 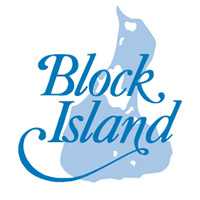 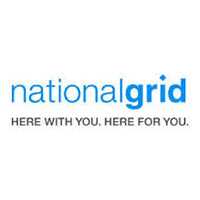 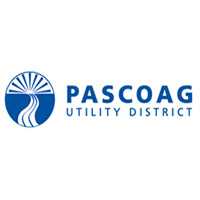 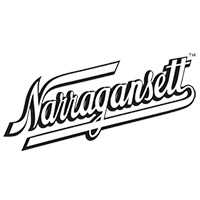 Solar guide: How to find energy efficiency rebates available in your city and finance your solar panel installation

What is the best option to finance your solar installation?